To my NYSTIA Friends & Colleagues from Canal New York: 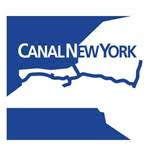 - Thanks to all of you who have already contacted your state legislators as well as your local government officials about stopping the forward movement of this legislation in Albany. We are getting a positive response from legislators, however, there is much more that needs to be done.

Over the past few days many stakeholders have been in communications with each other, their government officials, and additional organizations associated with the canal and canal communities, but we need as much support as possible from the local towns, chambers, businesses, private individuals and governmental agencies in the immediate days ahead.

Please review the article that appeared in the Buffalo News on Monday, March 1, along with the March 2 Canal New York media release. We ask that you share your perspective on this critical issue with your government officials. You can easily email all your relevant elected officials in one easy note using the 'Find Officials' tool on NYSTIA's Advocacy Action Center page.

As I told the media last week, time is of the essence, "It is important that this 30-day amendment be stopped so that the proposal can receive the thorough review and public comment it deserves".

Thank you for your continued efforts in this most important matter.